Bach flower remedies were invented around 80 years ago by Dr Edward Bach in England.  They remain unchanged from the original remedies that he made all those years ago.  They are completely natural and made from plants with the exception of one remedy which is made from stream water.  Bach flower remedies are prepared homeopathically and work well alongside homeopathic remedies to help with the emotional effects of illness.  Dr Bach believed that all physical illness has its roots in an unbalanced emotional state.  The remedies are gentle and safe for pregnant women and babies, can even be used on animals and they have no side effects.
Dr Bach created an emergency combination of flowers which he called Rescue Remedy.  This would be the most commonly recognised remedy for most people. Rescue remedy is made up of five different Bach flower remedies:  Star of Bethlehem, Cherry Plum, Rock Rose, Impatiens and Clematis.
If you think your emotional health may be helped with bach flowers fill out the form below for an appointment to have your own personalised mixture made up. 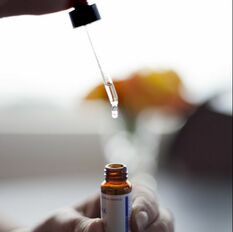 A comment a recent client made
​"This spray is good, but it's like you can't really tell what the effects are, but you feel less overwhelmed, which is nice". ​
For more information on the 38 individual Bach Flower Essences go to www.bachcentre.com/centre/remedies.htm

To book a 60 minute Bach flower consultation for only $55 click the book now button.

"...the thirty-eight herbs heal gently and surely, and as there are no poisonous plants amongst them there is no fear of ill effects from overdoses or incorrect prescriptions." - Nora Weeks, The Medical Discoveries of Edward Bach, Physician